Your Major is Pointless! Call Me! I can help!

Let’s face it, folks. A lot of us have been to college for what seems like the better part of our lives.
We can’t really call it the “better” part of our lives, though, Because, for many of us, it involved having to know what the fuck a multiplicative inverse was.
I went to Kent State University for thousands of years. The Golden Flash is Kent State’s mascot. A Golden Flash is just a dumb bird indigenous to the area. Black Squirrels are also indigenous to the area. They are way more awesome and one time my Grandpa mistook one of them for a cat. They would have made for a better mascot. Personally, I always thought our mascot should either be the Flash from DC comics, or a golden gorilla riding a mastodon. (Way more badass!) Fun fact: I even taught a CLASS at Kent State!! (Well, it was only a Freshmen Orientation class, and only half the students ever even came to it, but I was technically a fucking teacher for a couple months!)
There are some folks who went to Kent and went on to become world famous superstars, like Tom Batiuk, the guy who does the Funky Winkerbean comic strip. I love him because he named a comic strip “Funky Winkerbean.” Also, he writes the Crankshaft comic strip about a pissed off bus driver, and, as someone who has ridden the bus to elementary school, I can relate to that comic. I’m also a cartoonist, and a writer, so I see Tom as an inspiration.
Also, the guy from Devo went to Kent, Mark Mothersbaugh, which is really what makes it hallowed ground.
And Arsenio Hall went there (He’s awesome because he once interviewed JASON VORHEES on his talk show!) and Drew Carey, who went on to host Price is Right! Michael Keaton went there, and he was fucking BATMAN!!

However, despite what some of my distinguished alumni brethren might say, many graduates of Kent State are still  facing the very real dilemma of spending their adult lives putting imitation meat into imitation shells and handing them to who may or may not be imitation people.

And I mean no offense to Taco Bell! I used to go with my friends to Taco Bell, every time our local pub closed and we wanted some food, because it was the only place still open. (Also because they have excellent Chalupas and cinnamon twists.)

My old manager at the Dairy Queen I used to work at is also a Kent State graduate. I’ve never asked him whether or not he majored in Soft- Serve studies, but I’m pretty sure, if I had, his response would have included a swift punch to my face.

After all, he was probably just as surprised as the rest of us when he came to the harsh realization that, even though he spent $90 bajillion dollars on going to school, for God only knows how many years, he still wasn’t qualified for the illustrious position of President of the Whole Entire World.

I majored in Communication Studies, and, unless you’re Josh Cribbs. (You don’t know who that is, but he’s a guy who played football at Kent State and majored in Comm Studies, and got his own talk show on local TV. I want a talk show! I NEVER stop talking! Where’s my talk show!?)

So, what I’m getting at here (And I swear I’m getting at something) is to say to my former peers and peer-ettes , all of your Kent State credit hours are easily transferable to NICK MOOSE’S COLLEGE FOR THOSE WHO ARE ABSOULUTELY CERTAIN THEY WILL NOT  BE  USING THEIR EDUCATION!!

I mean, Kent State is great and all, but have you ever noticed you can’t major in anything cool there? Sure, you can get a degree in nursing or architecture, but what about getting a degree in being a ghostly cowboy who shoots lasers out of his eyes? Or a knight who explodes when you touch him? (I would bet money there MUST have been a Masters of the Universe action figure who did that.)

Admittedly, you can’t learn how to be either of those things at my school either, but, you do have many ways to avoid what I like to call a “Major Bummer.”

At Nick Moose’s College for those who are Absolutely Certain They will Not Be Using Their Education, you can major in super fun subjects that will help you later in life such as:

A lot of other colleges (Who I won’t mention here, because I don’t want to embarrass them) have less than one of those majors in their roster!

So, here’s the deal: You give me $11.00, and I will let you hang out in my apartment once or twice a week, where my crack staff will prepare you for a life where you may never again even think about whatever the fuck meaningless thing we were blathering about.

Which is not so different from regular college, when you think about it! And at  Nick Moose’s College for Those Who are Absolutely Certain They will Not be Using Their Education, we have a little motto that goes like this: “Come oooon! Like you were really going be an accountant anyway?” Now, here’s a picture of an Origami frog. 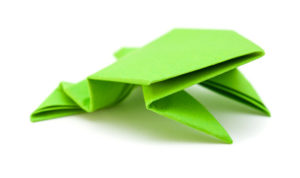