Put the Mask on NOW! Otherwise, You Might End Up Accidentally Murdering a Raccoon, After Preparing a Steak Sandwich.

Remember that Jim Carrey movie, The Mask ?  It was cool, and funny, and had an overall aesthetic that was based on him acting like a cartoon character from a Tex Avery cartoon.

If you don’t know who Tex Avery is, there is something deeply wrong with you.  He was a director at Warner Brothers Studios. (You know, the studio who invented Bugs Bunny and Daffy Duck, and they have that big water tower where they imprison Yakko, Wacko, and Dot?)

But The Mask was also based on a couple of other things. One was an insanely violent comic book from the 90’s, where different people put on the mask, and go crazy and kill people.

A lot of people know that, but fewer people know that comic was based on an obscure 1960’s horror movie called The Mask, which was about a guy who worked in a museum, and got obsessed with a mask there.  Whenever he would see the mask, it would say to him “PUT THE MASK ON NOW! PUT THE MASK ON NOW!” over and over, until he put it on. Then, when did, he would go insane and see visions of skulls and hellish demons, and end up murdering people. (I’m super proud that I own a VHS copy of the movie, hosted by Elvira, that came with 3-D glasses!) Anyway, there’s an actual reason I just said all that, even though this column was supposed to be about steak sandwiches.

You see, Moosefriends, I get pissed off at guys, who make steak sandwiches, without wearing masks.

Now listen up, Moosekateers. I love Philadelphia, I love the Rocky movies, and Boy Meets World, both of which are set in Philadelphia .

But, when I went to pick up my sandwich and fries, the asshole working there wasn’t wearing a mask! I didn’t even know what I was supposed to do in this situation.  I had already paid for the sandwich, and I was too busy admiring the Ms. Pac-Man/Galaga arcade machine, in the corner of the store, to even realize he wasn’t wearing a mask, at first. (Incidentally, I was wearing my awesome checkerboard mask)

So, I didn’t even say anything. I left the store, with the possibly contaminated steak and Cheese Whiz. But, then, when I got back to my house, I couldn’t bring myself to eat it.

Now, I’m no germaphobe, friends. I’m sick all the time, and I’ll probably be dead anyway, within seconds, due to alcohol abuse, or the stupid heart condition I was born with, or the fact that I severely suck at piloting an automobile.  So, I don’t really care what happens to me. I just don’t want to inflict this virus on anyone else.

So, I did what I do with old, moldy food in the refrigerator, that I forgot to eat, and threw it into the woods behind my house. I usually do that to give some food to hungry animals, like raccoons, manatees, and humpbacked whales.  But, since manatees and humpbacked whales are not indigenous to rural Ohio, raccoons, most likely, ate it.

I am gonna post something angry, on Yelp, about this. 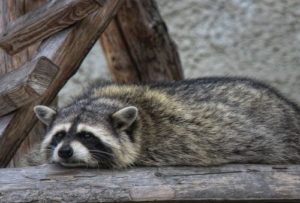