I just recently got a Thirty Dollar fill up from KFC, which is a delectible mix of Kentucky fried Chicken, Chicken tenders and sides.

I’d like to think they named this combo after Colonel Sanders Filling Station. (Because of the “Fill” thing. See what I did there?)

As I’ve said countless times in this column, gas stations are mostly for buying beer and slim sliim jims and so rednecks can buy lottery tickets (And on occasion, people buy gas at them.)  but way the hell back, like a hundred years ago, the great Colonel Harland sanders Sanders owned a gas station called  Colonel Sander’s “Filling Station” Yes, even though he’s played by like seven different actors in commercials now, he used to be a real person and he offered you way better chicken than the mechanically separated kind of chicken in Slim Jims you would get at other gas srtations. (Nothing against Slim Jims. I eat them them like every day. Which means I’m probably an addict , but do you know what else is addictive? KFC chicken. Where I grew up we had a KFC that had a sign on the window with a picture of the Colonel saying” See ya Tomorrow!”  (Which I hope was intended for the employees because if you actually ate at KFC every day you would die.)

He concocted his patented “original recipie” of eleven herbs and spices to batter the chicken with and sold it to happy customers and then he shot a guy.

Believe it or not that isn’t a joke. He actually shot a guy from a rival gas station in self defense because the other guy was painting over one of his signs and Sanders  told him there would be consequences and the guy attacked him. Then that guy ended up shooting another employee and killed him and he went to prison for it.

This may all sound insane but it’s true. This guy was willing to murder another human being just because Colonel Sanders made really good chicken.

Colonel Sanders made his chicken with eleven herbs and spices. He wouldn’t tell anyone what the herbs and spices were but apparently they were good ones because everybody loved it.

Then he left behind his illustrious life of being a guy who worked at a gas station and started started up the Kentucky Fried Chicken chain of restaurants.

Fun fact: Dave Thomas, the guy who invented Wendy’s started out working at a KFC and came up with the concept of their iconic sign that was an enormous rotating bucket of chicken. Some say Thomas created the chicken bucket concept himself, but that was actually some guy named Pete Harmon who ran one of the first KFC franchises.

Dave was also a very popular advertising icon, but maybe not as popular as the Colonel because they never brought him back from the dead.

Yes, they LITERALLY reanimated  the colonel and brought him back as an animated character who was in KFC commercials about how they were selling  Pokemon plush toys, and my memory is foggy, but I’m pretty sure the cartoon Colenel rapped in one of them. (Or maybe I was just having a fever dream and imagined that.)

But speaking of rapping, MC Hammer once got the glorious honor of starring in a KFC commercial about Popcorn chicken!

This might have been because the Colonel died  in 1980  and the KFC corporation were clearly grasping at straws as far as advertising went at this point in the 90’s (Yes I just mentioned the 90’s again. Feel free to come over to my house and punch me in the face the next time I do.)

At one one point there was a ridiculous ad campaign wherein, Foghorn Leghorn, the Warner Brother’s cartoon chicken who was voiced by the amazing Mel Blank who performed the voices of like, every Looney Tunes character pretty much. (I think Elmer Fudd was the only one he didn’t voice and I forget the name of the guy who did so you should Google whoever the hell he was.) There were a lot of cartoons wherein Foghororn Leghorn was being antagonized by a chicken hawk (hawks who eat chickens) and Foghorn would con him into eating KFC instead. Which was weird, because they were commercials with a chicken promoting eating chicken. But what might have even been weirder was the ad campaign about Lake Edna starring Russ Beeler.

Russ Beeler was the guy who ran the KFC in Lake Edna.  Now Moosekateers  you may not have heard of Lake Edna but don’t blame yourself for that because it didn’t exist. I just thought it did because I was a stupid.

I was really disapointed when I found out Russ Beeler wasn’t real and neither was Lake Edna. They didn’t exist and I was pissed because I really wanted to visit there and hang out with Russ. One time aliens visited Lake Edna to get extra crispy chciken but nobody noticed because the chicken so crispy they hear the UFO over the sound of the chicken. . They even had a Lake Edna Looney Tunes promotion where the Taz Manian Devil came to Lake Edna to eat chicken and promote the Looney Tunes mugs KFC was selling.

I still have my mug because I love collect stupid crap that I’ll use and don’t need. 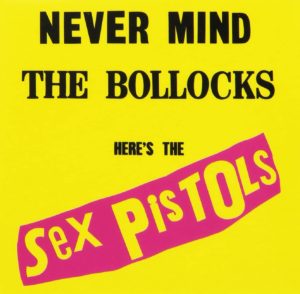 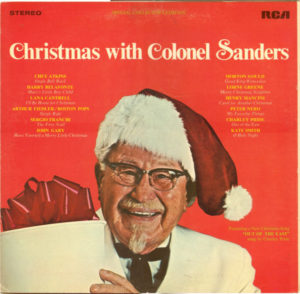