I want to adopt a Manatee, or maybe an Orangutan

Have you ever gotten really drunk and decided to adopot a female Orangutan? I’m sure you have. It’s happened to the best of us

Everybody gets drunk and goes on the internet and gets ads from that website where you sponsor an endangered animal and you spend 55 bucks and get an “adoption kit”  which consists of a stuffed animal of the animal, a photo ( which I hope is autographed by the female Orangutan) and like, a kazoo shaped like an Orangutan or something.

I have been tempted countless times to do this, whenever I see the ads come up on the side of Reddit, while I’m reading people posting endlessly about TV shows they hate but apparently still watch.

In the past couple months I have been compelled  to adopt badgers, otters, wolverines Gorillas, bears with weird looking symbols on their stomachs that make them look like superheroes, and even animals who I refuse to believe exist, like a Mouse Lemur. I mean, what the fuck is a Mouse Lemur?  I sure as Hell don’t know, but now I want one, after seeing a picture of one that may or may not  have been photoshopped to make it look like it was an animal that actually existed.

Which is a shame because I really wanted a full grown manatee. I have a bathtub! We could make it work!

Also, I might be tempted to eat the prairie chicken, since I like chicken. Maybe I would get a stork instead. The only problem with that would be if he snuck into my fridge and ate any of my Vlassic Pickles. Or delivered me a baby.

Fun fact! The idea for the Vlasic Pickle Stork mascot came about because people used to think that every woman who was pregnant craved pickles. And since there was that story about the stork delivering babies, they had the stork deliver the pickles too. Another fun fact! The Stork sounds like Groucho Marx because Groucho often smoked a cigar, and the pickle stork wielded a pickle like Groucho would a cigar. And yet another fun fact! I own a stuffed animal of the Vlasic Pickle Stork because I love antiquated food mascots and I had it sitting in my college dorm room and several of my apartments for years. I’m weird that way. 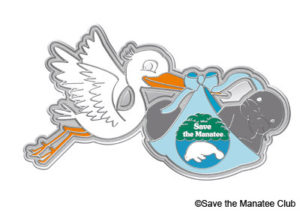