Ok, as we all know, 2021 was a year that came in like a lion and went out  like…well,  a lion who was even more of an asshole than the previous lion.

This more recent lion even killed Betty White! (What a dick move!)

But let’s accentuate the positive. We may have lost Betty, (And now, in 2022, we already lost Bob Saget!) but we still have beer, Slim Jims and Sour Patch Kids! So as far as I’m concerned, this is a world that is still worth living in!

And even though 2021 might have been a shit show, at the very least BEEBO SAVED CHRISTMAS!!

If you don’t know what the Hell I’m talking about with the Beebo thing, it’s because you are one of the many, MANY people who have never watched DC’s Legends of Tomorrow. (And if you haven’t watched it, you are missing out on a great part of life.)

The show is about a bunch of fan favorite characters from more popular DC comics based CW superhero shows  (Arrow and The Flash)  being recruited to time travel and save the world.

And even though they were told they were going to be “Legends ,”  they were recruited under false pretenses. It was really because they were thought to be expendable nobodies, insignificant to history.

But as it turns out, they have been quite significant to history. (They even saved George Lucas’s life once! Which is arguably a good thing!)

I won’t even attempt to go into great detail about the show other than to say it’s about a bunch of time travelling screw ups, with the motto , “Sometimes we screw things up for the better.”

And the show’s mascot is a furry little Furby looking guy named Beebo.

Beebo didn’t appear until midway through season three which was really the turning point of the show.

Season one was fairly serious, with some funny moments, but was not well received at all. (Even though I liked it, but there’s no accounting for my taste. ) Season two got better and a bit more funny  (but it’s a miracle they even got renewed for a season two based on the ratings of season one.) and season three…well,  they  just went off the rails wacky midway through with an episode called “Beebo, God of War.”

Now, everyone in the cast thought this episode was going to be the final nail in the show’s coffin because it was so fucking goofy. It was about a time displaced cute blue talking plush toy called “Cuddle Me Beebo.” (Based on “Tickle Me Elmo” of course.)  getting transported back into Viking times, where the Vikings  thought of him as their ” Blue God.”

This, led to Christmas being changed to ” Beebo Day.” Which was a time problem the Legends had to fix.

Everyone thought Beebo was just a one episode gag. And that maybe the show wouldn’t get canceled for doing something that bonkers.

But not only did the show not get canceled, the Beebo episode proved to be so popular that they brought back the “Little blue bastard” in the season three finale, when the team had to hold hands and come up with a beacon of pure goodness to destroy a time demon.  They all morphed together into a giant Beebo who cuddled the demon to death!

(Yeah. it’s a weird show and that isn’t even close to being the weirdest thing that has ever happened on it. )

Beebo then made random cameos, usually as a stuffed toy, in The Flash, Arrow and Supergirl, and was referenced multiple times to the point where the CW decided he would make good fodder for an animated Holiday special called Beebo Saves Christmas!!

The special isn’t like Legends of Tomorrow style weird humor though. (You should never watch Legends with a little kid.) but it’s like an actual cute animated kid’s special with Ernie Hudson doing the voice of Santa! (2021 was actually a GOOD year for Ernie Hudson! What with this and Ghostbusters Afterlife!)

Legends of Tomorrow is coming back tomorrow for the back half of it’s seventh season, and if this weird ass show can survive for so long, I think we should learn from them and “Be the Chainsaw.” (You’ll understand that reference if you watch the show.) 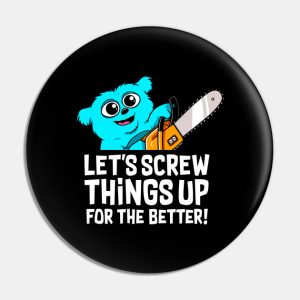