My fellow American Mooseheads, today is such an important day for this great country of ours.

We Americans created American Cheese, and today is National Cheese Lovers Day!  (Also, somebody told me the inauguration, or something, was  today, but I wasn’t listening, because I was too busy, writing this absurdly long column about cheese.)

I’m here to educate, as well as entertain, all three of the people who read this column, and I’m guessing  you guys probably didn’t know there even WAS a National Cheese Lovers Day until now, because I didn’t, and I know a hell of a lot about cheese.   So, now, that I know, and you know, allow me to share with you my encyclopedic knowledge of cheese.

(DISCLAIMER:  Nick Moose. com does not endorse or condone having sexual relations with dairy products, but if you are, in fact, a literal cheese lover,  please use protection!  You don’t know where that cheese has been!)

For example, I know it’s made from cows, or something, and that head cheese isn’t actually cheese, and that Steve Urkel really liked cheese,  and that there is a fine establishment where I’m from in Ohio called Grandpa’s Cheese Barn. (Which, I think, is a great name for a cheese barn, because I love my Grandpa and I love cheese!)

There is also another excellent Ohio establishment called Melt, which serves grilled cheese sandwiches, and you can get beer there!

And Speaking of alcohol and cheese, there is also a comic book by the great Evan Dorkin called Milk and Cheese, Dairy Products Gone Bad, which is ridiculously violent, and is about a mean milk and a mean hunk of cheese. (It’s hilarious) They prefer gin to wine, because their slogan is “Gin makes a man mean! Everyone booze up and riot” (Which is probably bad advice now, given the current climate in the US,  but it  was funny, at the time.)

There’s also the Laughing Cow cheese spread. They have a cow who laughs, as a mascot, who is probably laughing at you for spending money on processed cheese spread that you will put in your refrigerator and forget about.

There was also a weird series of commercials, with this tiny yellow goblin, named “Timer” who wore a cowboy hat.  He would tell you when it was “time to be “hankering for a hunk of cheese.”   He was advertising for the Cheese Council, or something. He would do these PSA commercials, which aired countless times during Saturday morning cartoons. These segments were called “Time For Timer,” and they were an elaborate attempt to convince kids to do creative, whimsical things, with cheese, like by using cheese and crackers to make something he called a “Wagon Wheel.”

Not a single child ever did this, and the Cheese Council, or whoever, should not have wasted their money on this campaign, because kids were already eating cheese.

They were eating string cheese (Which I prefer to refer to by it’s alternative moniker, “strip cheese,” because it sounds dirtier).  They were eating pizza, because the Ninja Turtles did, and because they had pizza at Chuck E Cheese. Even though, truth be told, we kids only went there to play arcade games. (The pizza there had the consistency of cardboard and the animatronic animal band there was underwhelming.)

Also, they ate Kraft Macaroni and Cheese, which had Cheeseasaurus Rex as a mascot, and Mario-shaped macaroni.

And they also ate a lot of McDonald’s cheeseburgers. Back in the day, there was a Mc Donald’s advertising character called Mayor Mc Cheese, whose head was an enormous quarter pounder with cheese. He was the mayor of Mc Donaldland, which was a magical place, that had the magical ability to get Mc Donald’s sued.  But that’s a story for another time.  (Spoiler alert:  They were sued by puppeteers, which is a good segue into my next fun fact.)

I eat a cheeseball every year on New Year’s Eve because of puppets.

You see, back in the 90’s there was this show on TNT called the Rudy and Go Go World Famous Cartoon Show, which starred kid puppets who rapped, and a pirate (who was also a rapper), and a  crooning skeleton puppet thing named Boney Bonerton,and a goat named Go Go, who actually ran for president.  ( I’ve said it before, and I’ll say it again, the 90’s were fucking weird. But, I guess, a goat running for president was no weirder than when Trump did.) One time, an understandably confused Will Smith and Jeff Goldblum were on the show, to promote Independence Day, and I’m sure they didn’t know what the hell was going on, because no one did.

Probably only me and nine other kids ever watched this show, but I have since learned that a lot of drugged up college students did, so, it  developed a cult following.

Usually,  Rudy and Go Go would show ancient Popeye cartoons, but on one very memorable New Years Eve, back in 1996, Rudy and Go Go got to stay up late, and host Rudy and Go-Go’s Flaming Cheese Ball, which was a marathon of cheesy movies, like The Blob and Queen of Outer Space, which is the reason I associate cheese balls with puppets and goats.

Mystery Science Theater also made fun of cheesy monster movies back in the 90’s and it also had puppets in it. ( The word “monster” reminds me of Muenster cheese, because of the Munsters. Every time I watched that show, I craved Muenster cheese!)

Now, here is a list of some non-puppet-related cheese products for  you wannabee cheese connoiseurs. You should  totally take these to a high class wine tasting, where they have cheese: Cheez Whiz (which is fun, because you can spray it at people) cheese logs, cheese dogs (Hot Dogs filled with cheese! Meat and cheese together! Best of both worlds!)  cheese corn, the album, “American Cheese” by the punk band, Nerf Herder, mozzarella sticks, cheese puffs, cheese curls,  and, of course, Cheetos.

The beleagured Chester Cheetah has been trying to get to eat Cheetos for like 30 years now and, many times, his efforts only resulted in getting maimed in the process. An old Chester Cheetah catchprhrase was “It’s not easy being cheesy” (Which he said after getting his ass kicked for attempting to eat Cheetos.)

I mean, he couldn’t even reach for a bag of Cheetos, without being run over by a bus, or something! (Why wouldn’t they just let him have Cheetos!?)

Anyway, have a Happy Cheese Lovers Day, my fellow Americans, and be proud that, in this great country of ours, we have the freedom to be as cheesy as we wanna be! 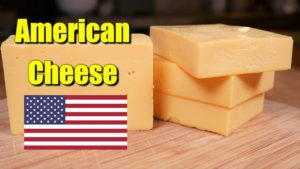